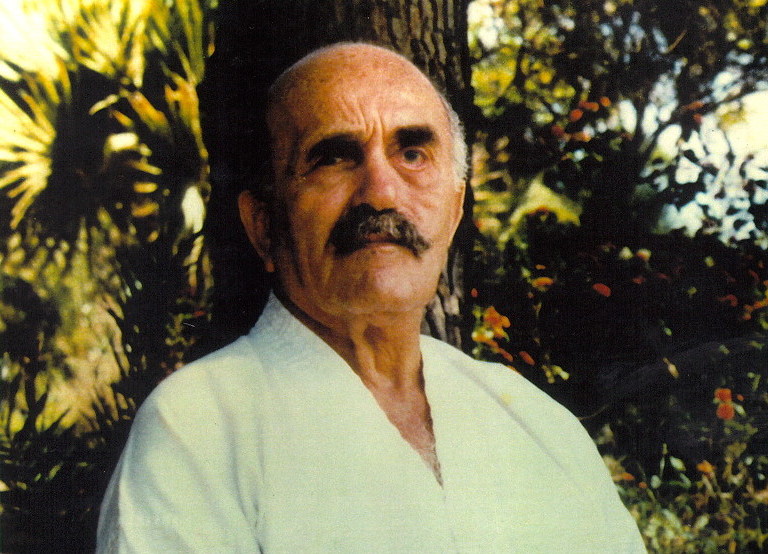 Imrich ( Imi ) Sde-Or, founder of Krav Maga, was born on May 26, 1910, to a Hungarian Jewish family in Budapest in the Austro-Hungarian Empire . He grew up in Bratislava, Slovakia's capital, with a father who provided him quite an unusual childhood. Samuel Lichtenfeld, his father, was a chief inspector on the Bratislava police force and a former circus acrobat.

With his father's encouragement, Imi Sde Or engaged in a wide range of sports, such as swimming, boxing, wrestling and gymnastics. He trained at a Gymnasium owned by his father, who taught self-defense. Imi excelled in wrestling both as contestant an as trainer, Also winning several awards in these fields.

In the mid thirties, Fascist and anti-Semitic groups appeared in Bratislava, threatening to harm the city's Jewish community there. Imi Sde Or led a group of former boxers and wrestlers to defend his Jewish neighborhood against the fascist gangs. This group attempted to block the anti-Semitic gangs from entering the Jewish quarter. Encountering as many "street fights" as he did, Imi quickly realized that sport had little in common with real combat and began developing a system of techniques for practical self-defense in life threatening situations.

In 1940 Imi fled the Nazi occupation of his homeland, and boarded the last immigrant ship that succeeded in escaping the Nazis' clutches. He boarded the vessel "Pencho", which shipwrecked on the Greek Dodecanese Islands, and arrived to Palestine in 1942.

At his arrival, Israel's early leaders recognized Imi's fighting abilities and in 1944 he began training fighters in his areas of expertise: physical fitness, swimming, wrestling, use of the knife, and defenses against knife attacks. During this period, Imi trained several elite units of the Hagana and Palmach (striking force of the Hagana and forerunner of the special units of the IDF), including the Pal-Yam, as well as groups of police officers. After the establishment of Israel in 1948 and the formation of the IDF he became Chief Instructor for Physical Fitness and Krav-Maga at the IDF School of Combat Fitness. Imi served in the IDF for about 20 years, during which time he developed and refined his unique method for self-defense and hand-to-hand combat.

In 1964, Imi Sde Or retired from the Israeli military, and began adapting and modifying Krav-Maga to civilian needs. The method was formulated to suit everyone - men and women, boy or girl, who might need it to save their life or survive an attack while sustaining minimal harm, whatever the background of the attack - criminal, nationalistic, or other. To disseminate his method, Imi established two training centers, one in Tel Aviv and the other in Natanya. He trained teams of krav maga instructors, who were accredited by him and the Israeli Ministry of Education. He also created the Israeli Krav Maga Association in 1978.

Even during his last years, Imi continued to personally supervise the training of those who have attained high ranks in Krav-Maga, and to spend time with the instructors in Israel and abroad. Imi monitored the trainees' progress and achievements, captivating them with his personality and imparting them with his knowledge and unique personality.